As some of you (most of you?) know, I lost a lot of weight recently. Due to this exciting change, most of my clothing no longer fits. This is cool in the sense that losing weight is always exciting. This is less cool when you don’t have the funds to buy more clothes and are trying to hold your pants up at the grocery story while putting apples in a bag. Maybe it does make it slightly more legitimate that most of my time is spent sitting around in pajama pants though, because at least those have drawstring waists and I can make them fit. Boo-yah, PJs are my bitch.

I’m off topic. The point of my clothing being too big is that I’m holding a swap party tomorrow. A swap party is where you invite your friends to bring their crap and you put out your crap and then you have a crap lot of stuff. People go thru the crap and take some away! Then you have less crap. Unless you took in their orphaned items in which case there is no hope for you.

I’m very excited about this clothing swap. I also have a ton of stuff that Erin, my brother’s girlfriend, is getting rid of that she never wears. This means I have the entire gamut of clothing sizes–Small to XL–on offer. Everyone wins! AND there’s also a lot of kids stuff and some bathroom stuff and some shoes and some books and some jewelery. You know what, I have a lot of stuff, OK? It’s tempting to keep going around my house and finding more stuff to put in the living/dining rooms on my offering tables. Speaking of which… 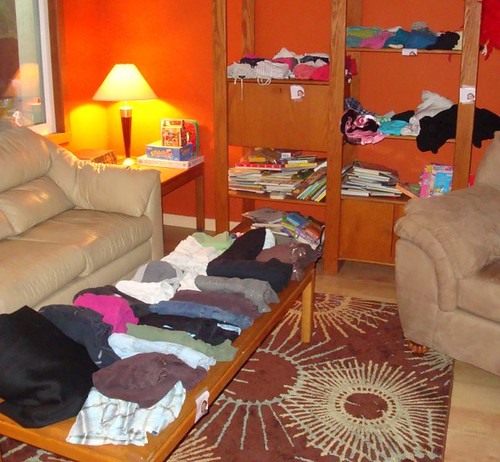 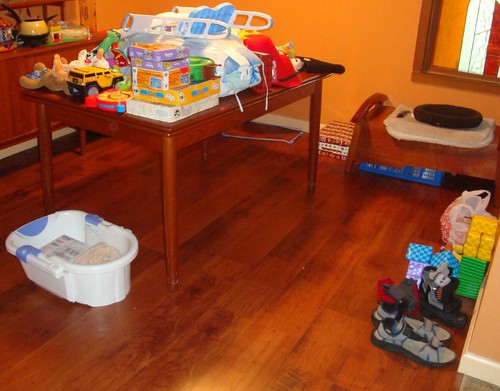 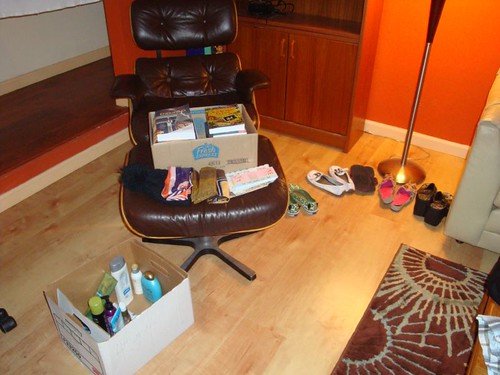 I wonder if the shed is full of stuff I don’t actually want?