Though I’m enjoying these insanely awesome weekends, I think I might need next weekend to be kind of staid. You know, for recovery. And because I’m house-sitting. Speaking of which, POOL PARTY! 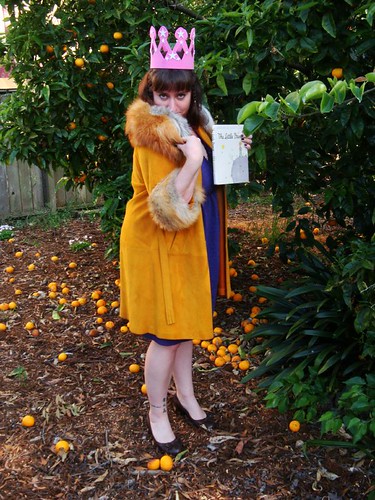 How divine is everything about this picture? I mean, I look like one of the ladies from Gray Gardens. I don’t think that’s something I actually want to look like, but I am enjoying the mental image all the same.

Having a Finer Things Club (yes, our tea is snotty) without Nuala is depressing. This was our first go of it. I have to say though much as I missed Nuala it turns out I missed the little sandwiches more. So good. I want more little sandwiches in my life. Also more Nuala. But I will accept little sandwiches until she’s back where she belongs in this empty space. 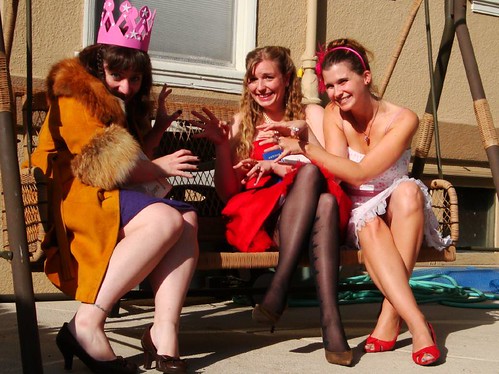 Being tickled as she properly ought.

The Game Night was also hilarious (and also at Kristen’s). Mostly I loved it for the new game Erica taught us. She showed up in a gorgeous flowered gown and said, “Let’s play this.” And we all said, “We bow to your experience.” Yes, it happened just like that. Just like, I’m telling you.

Erica’s game involved paper, pens, and cliches. It was a cross between Pictionary and Telephone. I liked best how much hilarity it engendered. 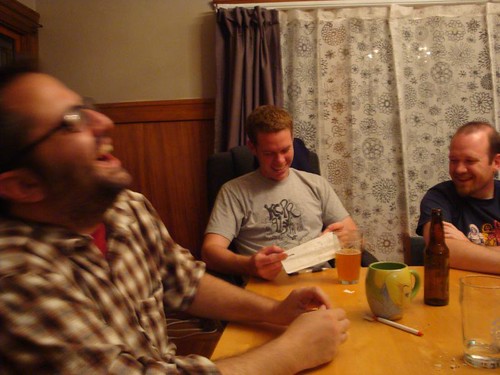 Also how it gave us the new catch phrase, “Up my ass and down the hatch”, and really just everything about the completed products. I took pictures of our efforts from the first round. I was too tired after the second. Takes a lot out of you, that much laughing.

One Response to Next Weekend, Staid.