At the beginning of the month I took advantage of the free day for museums in SF (first Tuesday of every month) and went to the see The Cult of Beauty exhibit at the Legion of Honor.

It was not as awesome as I was hoping it would be as there was less paintings and more interior decorating but there were still some amazing pieces that I’m glad I got to see. In particular this one: Which reminds me of this one (which wasn’t there even though many other Frederic Leighton ones were): These images paired along with all the interior design elements made me long to paint a room orange. Orange! Glowing, gorgeous, gaudy.

“Beauty reveals everything, because it expresses nothing.
When it shows itself, it shows us the whole fiery colored world.”
-Oscar Wilde, The Critic as Art (1890)

Yesterday I went to the Legion of Honor to see the Japanesque exhibit. As everyone reading this should be aware, I am a big fan of Japan so I was excited to see the exhibit. For those not up on their Japanese art history, when Japan was opened to the west by the Black Ships of Commodore Perry in 1854, art made a rapid incursion into the sophisticated circles of Europe. France, in particular, got wicked excited by ukiyo-e (woodblock prints) and artists such as Hokusai and Hiroshige (two of the most famous and influential artists in Japan during the ukiyo (“floating world”) period. In case you caught the whole repetition of ukiyo there, the “-e” on the end indicates “picture” or “print” so the literal translation is actually “print of the floating world”, but they were all made with woodblocks back then so that’s why it’s translated like that generally.

Back to the point. France got all revved up by Japanese art so they decided as a homage to copy it for like the next 50 years. Lots of the text at the museum made it sound nicer in the curated displays. Like, “This picture alludes to the print by Hokusai (also in this exhibit) by repeating the motif of the roof top of a religious institution in the foreground with a truncated view of the blah blah blah..” Sometimes it would also be all “Art connoisseurs would have immediately recognized the reference to blankity-blank…” This kind of talk got boring fast. It’s not that it wasn’t interesting and comparing some of the works was intriguing but it got repetitive quickly. The entry point for the exhibit also had several pieces hung next to one another. For example, one Japanese print next to a painting by Mary Cassat comparing the subjects and viewpoints. I was worried the entire exhibit would be like that and I wouldn’t be able to appreciate anything just on its own as I would be continuously having to compare art based on the curator’s placement decisions. Luckily that was only like 8 pieces at the beginning. 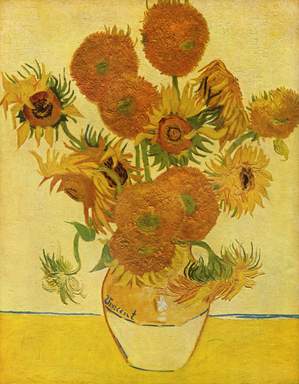 As it was a Sunday when I went it was super crowded in the special exhibit area. I’ve never been to the Legion of Honor when it’s actually crowded, I don’t think. But generally I go in the middle of the week. I’ve always loved the LoH best out of the museums in SF because it’s not crowded, neither in the rooms or on the walls. So feeling the mass of humanity on all sides while trying to appreciate relatively small Japanese woodblock prints on the walls was slightly unpleasant. 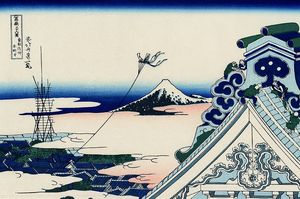 I also really liked the collaborations between Hiroshige and Kunisada. Kunisada was famous for people and Hiroshige for landscapes/backgrounds so together combined they were gorgeous. They did two I really liked based on Murasaki and her Tale of Genji. Also one from a series called Two Artists Tour the Seven Hot Springs.

Note: This one not at LoH but I couldn’t find any of the ones that were. This is from the Elegant Prince Genji series though.

And Hiroshige’s Night View of Matsume Hill. The cool thing about this one is that the artist left in the wood grain. The natural grain was transferred to the print during the baren rubbing process and was highlighted in the sky. So pretty. I can’t find this specific picture online but if you want to see another one and read about woodgrain patterns, go here.

Want to know how I know the word for the rubbing tool? My second favorite part of the exhibit was a video describing how woodblock printers do their work. I watched them create tools, cut and carve wood and print onto special rice paper. It was completely engrossing. There’s going to be a live demonstration on December 11 by a master and I want to go back to see it. Anyone up for joining?

Finally, part of the exhibit also included contemporary wood-print designs made by Americans. The vast majority of these (surprisingly) were female. Certainly, I liked the female artists more than the modern male ones. These included: Bertha Lum, Helen Hyde, and Lillian May Miller. 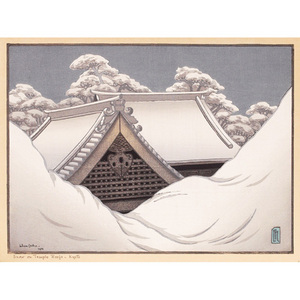 One of the male contemporary woodblock artists was incredibly impressive though and that was John Edgar Platt who did The Giant Stride:

As I’ve already told Jacob (who’s also been to the exhibit already), I now have my own dream of trying out woodblock printing. I am relatively confident that I can accomplish this without losing a finger. I am not confident I can make my own baren. I’m still looking into this dream.