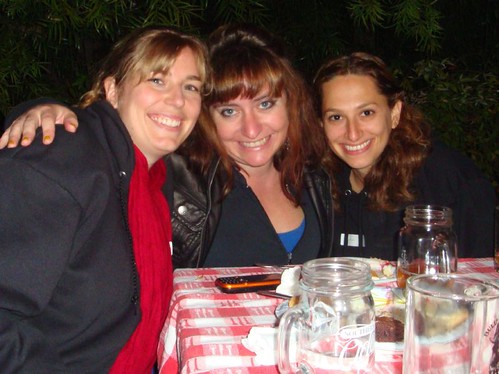 In honor of the fact that the last Shadowrun game is tonight, I’m going to give you my favorite lines from the previous two sessions. Somehow I either didn’t take notes the first Gene-run game or I lost them. You get what you get.

So this game is being run by Gene and has all the same characters as the one Jacob ran–Emmy the troll (me), Scott the Batman (Adam), Smoky the high shaman (Ivan), and Alfred the yacht owning rich magician (Aaron). But it also has Yacob the short, smelly, bad English speaking guy (Jacob) and Ridge the poor dice rolling thief (Tami).

In the first one, we fought out in the mountains against ant people. In this one we are in the city attending a dog race. We’re protecting 1 dog, stealing a 2nd dog (back), and fixing the track betting bookie system with some computer whiz guy we’re sneaking in. TOO MANY JOBS.

In the first 3 sessions we made it thru like two weeks of doing not much. In tonight’s session it’s like 4 hours to race time and a lot of shit is going to hit the fan. As they say.

So ahem, without further ado.

They’re discussing our background music and arguing what movie it’s from.

Gene: It’s actually Gangs of New York of all things.

Where we’re eating dinner and talking about one of the dogs and how we need to know what he looks like so Alfred can impersonate him.

Yacob: What was he wearing?

Hilarious because why would the dog be wearing clothes? My question was mocking, but still more astute. And Tami was in her own little word of hating fish flavors in dinner.

GM: These aren’t the dogs you’re looking for.

Because we always need a little Star Wars reference in our role-playing.

Alfred needs to learn a new spell to impersonate one of the dogs if he shape-shifts and switches places.

Alfred: I’m pretty sure I can learn to glow.

Scott: Or we’ll go to the party store and get you some glow sticks.

I’m pretty sure that’s either because we asked what the dogs sound like so Aaron could fake it. OR he was role-playing what Aaron would sound like as a dog. Or maybe a dog was actually barking? Hard to say. Either way, hilarious.

Yacob: Has dog killed a man?

Alfred: I touch myself and glow.

Scott: That’s not a rocket launcher in my pocket.

Emmy: Cause you left it on a roof up north.

Oh I bring back that joke.

Ivan shows up late the second day because he had to go to the hospital because he stepped on glass and had no trauma patches (yes, that last part’s a game joke).

Gene: Did you get it out?

The man had glass in his foot so far in they couldn’t remove it and he still came to Shadowrun. Plus, he came ON HIS BIKE.

In the limo at 11am with Scott and Alfred:

We argue about how we will do some of the jobs we have without arousing suspicion.

Scott: I think a clipboard, a hard hat and a confident wave will get you in.

We go to a bar to meet some guy who is hot. For something… We seriously played weeks ago, I don’t remember. Tami suggests he looks like Johnny Depp in Alice. Ridge and Emmy try to flirt.

GM: Give me a charisma test.

Emmy: One success! Suck on that charisma!

(I have very low charisma as a troll)

GM: He notices you blinking your eyes.

Emmy: He might just think we have something in them.

Ridge: He offers us visine.

Adam’s plans to confound Gene proceed apace. I like that this is his ultimate goal in the game. Well, this and cheese plates in limos.

GM: What does that do?

Scott: Deal with it, Gene! I don’t know!

Ridge is trying to plant explosives under the truck of the company we’re going to steal a dog from and keeps getting shitty dice rolls and attracting attention from guards. I am trying to protect her so I throw her over the fence so she can hide.

I do not remember what this next bit was about but I remember the giggling.

Smoky: What are you wearing?

Scott: What are YOU wearing?

Adam then proceeds to giggle like a girl for at least 30 seconds.

OK! Last one tonight. Will I punch people? FINGERS CROSSED. I hope we save the pretty dog. And that none of us dies.